A Concise Summary of Architectural History

The history of architecture is as long and fascinating as the history of human societies and culture. Humans began moving out of the dens, caves and shelters provided by nature to living in homes fashioned by their own hands for their specific purposes during the Neolithic period around 12,000 years ago. The first homes they built were designed to look, feel and function exactly how early 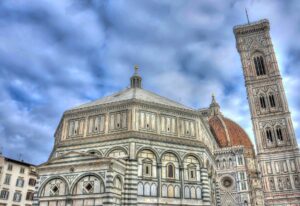 This is something that has been an important aspect of architecture throughout the ages. While modern architecture is defined by a striking visual appeal, there are more forces and needs in play than aesthetics when it comes to architecture that will fit the needs of its society. Inside Out Your Space is a great place to look if you need architectural services.

Architecture can be designed to emphasize different values; hence we have an architecture that is comfy, functional, warm, elegant, beautiful, brutal vernacular and more. One of the most fascinating functions of architecture is reflecting the needs and spirit of the time in which it was created. This provides a strong material presence of developing society and world cultures.

A Global History of Architecture – What We Study Today

Culturally it is correctly said that “history is written by the victors” and nowhere is this more obvious than in the history of architecture. The oldest buildings standing are those that were built by the most prominent and powerful civilizations of their time. They stand as a testament to the ingenuity, design, materials and power wielded by the rulers of these great civilizations.

When speaking of this one of the first civilizations to come to mind might be the Roman Empire. The Roman Empire and the architecture of this civilization may not be the oldest from antiquity, but it is by far the best-preserved and this speaks of the great importance these buildings had in Roman society.

A Concise Guide to the History of Architecture

The reason for the buildings erected is as important as the designs and materials used in the building. Roman architecture is replete with buildings built for religious purposes, sacral buildings, and those built as amenities to the people of the empire, secular buildings. The buildings constructed also speak of the nature of the civilization that constructed this monument.

For example, we see that those ancient civilizations that carried a strong belief in the afterlife were often compelled to construct buildings with remarkable longevity. Preserving the body in an eternal tomb was supposed to bear the soul of the loved one throughout eternity. For this reason, many of the oldest and most long-lasting buildings in existence are mausoleums. The mausoleums of Halicarnassus are one such example.

The Ziggurat and the Pyramid

When speaking of the accomplishments of human architecture, most people regard the Great Mesopotamian Ziggurat as one of the very first crowning achievements of any civilization. This building has received much acclaim largely due to the biblical tale of the Tower of Babel — a tower built to allow mortals to be equals of God.

But the Mesopotamian Ziggurat served functional purposes as well. The massive terraces across its many sides were used for religious ceremonies. The Ziggurat itself is widely believed to be the precursor of the pyramids as they are seen across the planet. The pyramid itself has a special symbolism in many religions and cultures. The pyramid as a structure recedes into heaven and thus symbolizes a connection between the earth and sky.

But there were also practical reasons for building pyramids. They were great for protection and could be used to escape rising floodwaters. The Egyptians were actually building stepped pyramids in the 3rd century under the instruction of one of history’s finest architects Imhotep. The style of the pyramids changed gradually to the smooth-sided pyramid of the fourth century. The styles and design of the pyramids of Yucatan and Mesoamerica are also strikingly similar to the Ziggurat of Ur even though these buildings were constructed many thousands of years apart.