Why Is Driver Mental Health Important? 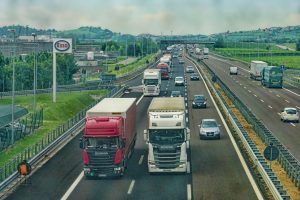 HSE estimates that up to 500,000 HGV drivers were reported to be suffering from work-related anxiety, stress, or depression in 2015/2016. The statistics showing this issue are on the rise in recent years. Today, 30% of self-reported, work-related illness in the transport and logistics industry is the result of depression, stress, and anxiety (even though it is believed that the number could be higher).

Even today, stigma still surrounds mental health with 95% of workers actually calling in sick because of stress, usually citing a different reason for their absence. 22% of workers have been diagnosed with a mental health issue but less than half of them have actually informed their employer.

What Is The Importance of Mental Health?

Mental health was a very taboo subject in the past. You simply could not talk about issues even if you were struggling. It was unseemly to admit that you were suffering from mental health issues. Fortunately, things have changed and discussions surrounding mental health have become more common, which is a positive thing.

In the absence of positive mental health conversations and care, the HGV industry may lose a lot of good drivers and hardworking people, who have invested in training and have a dedicated skill set, such as those learnt at the Easy as HGV Company. Not to mention the fact that mental health issues cost the logistics industry in the United Kingdom up to £100 billion.

An HGV driver’s job comes with numerous stressors – night shifts, difficult working hours, tight deadlines, traffic, physical tiredness, and mental fatigue can all wreak havoc on your mental health both at home and at work. Being able to exercise, which is one of the best natural anti-depressants available, is difficult for a driver spending many hours behind the wheel. All this creates a stressful and difficult environment to work in.

A gender divide is also at play here. Men are statistically far less likely to open up about mental health issues compared to women, often preferring to suffer in silence. This is true in the vast majority of industries but is particularly prevalent in transport. The isolation means that conditions such as depression and stress are likely to worsen if not treated.

It is probably not that surprising that loneliness is the top mental health issue reported by HGV drivers. After all, they are away from their loved ones and their homes for long periods, sometimes days at a time, and such separation can take its toll in many ways. HGV drivers regularly report feeling as though they lack a personal life and that seeing family members for short periods of time or fleeting visits tend to take a toll on their mental health.

How Can You Help?

So, what can you do to ensure that your mental health and that of other HGV drivers is properly catered for as prioritised? Here are a few tips:

Talk About It: Talking about it is the single greatest piece of advice to help with this and it is the one likely to make the greatest difference. There’s truth to the saying ‘a problem shared is a problem halved’, and talking about the problems that one faces can go a long way towards resolving them. Currently, there’s a culture around mental health, especially among men, that the topic is not to be discussed.

However, trying to deal with mental health problems alone rather than seeking help could mean unnecessary suffering. Talk to a manager, supervisor, or just your co-workers about what you are going through as well as what’s needed to achieve a better state of mental health.

Make the Most of Time Spent with Family: Depending on the kind of driving that you do, you might not spend as much time with family as you want. Make the most of the time spent with your spouse, your children, and your family as a whole to enjoy the benefits. Keep in mind that children often remember the quality of time you spend together as opposed to the quantity.