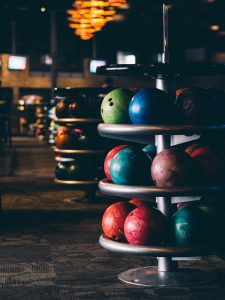 It can be quite fun celebrating a birthday at activity bars with all of their games and other entertainment. These bars are full of nostalgia and provoke magical, fond memories of some of the party games you may have played in your childhood… but only now with alcohol!  Because it’s your birthday everyone feels compelled to let you win which means you can relax and have fun while enjoying sweet success. The following are some of the best bars of this type in London.

Bowling is something almost everyone enjoys. When you can do it with shoes that aren’t sweaty along with an authentic American Diner and a 1950s vibe as well as cocktails, it makes for a perfect combination. The diner itself has everything from char-grilled prime beef steaks to corn-dipped Mississippi fish finger sandwiches and even karaoke booths. You can feel free to let loose and make your birthday a unique one to remember.

You could also choose Bloomsbury Bowling Lanes. It too has a retro vibe. One of its features is that they allow you to book up the eight lanes all at the same time.

This is a cocktail bar with traditional snacks including regional options. There is also an indoor pétanque court where you take a hollow metal ball and try to get it as close as possible to the small wooden jack. Forget your idea of pétanque or boules being an old-fashioned pastime, it’s certainly on the cool list now and can be entertaining and competitive. They have only one lane so if you have a group you’ll have to play in rounds or teams.

This bar has over 200 varieties of whisky just waiting on their shelves for you to sample a wee dram. They serve house cocktails along with snacks such as haggis pops. The real unique feature though is the virtual shooting ranges that stretch all the way through the bar, allowing you to take aim at simulated grouse, deer, and even wild boar.

When regular people want to feel like royalty this is the place to come. The theme is based around Bonzini table foosball and it is often described as rambunctious. They serve beer and wine as well as cocktails with cheese and a variety of other snacks. They have foosball tournaments where groups of between 10-35 people can reserve several of their Bonzini B60/B90 tables, or simply reserve one or two tables for smaller groups.

Shuffleboard is a game first invented in England during the Middle Ages. It became very popular when Henry VIII took up the game. In fact, some people became addicted to it and played so often they stopped going to work. The government in turn band the game in the mid-1500s.

Now it has returned. Among those that are unleashing this addictive game on the public is the London Shuffle Club. They chose to give it a test run on two different occasions and decided that people still love the game, so Shuffleboard has become a permanent part of the bar’s offering.

This Board Game Cafe is located in the heart of Hackney and beneath Waterloo Station. Inside you’ll find 500 games and a selection of ales, beers, wines, ciders and even some homemade baked goods. You can make a reservation for up to eight players which is about the maximum number of people who can comfortably play a board game.

This place is impressive with 12,000 square feet and an amazing 17 ping pong tables along with a 40-foot bar. They have drinks that are seasonally inspired, a raised restaurant so you can overlook all the action and a DJ booth. If table tennis is your thing then this will be the perfect spot to bring all your friends. Because of the large layout, you can make reservations for as few as two people and as many as 500. This means you can book a single table or a room of tables.