The Best Things To Do And See In Malaga, From Picasso To Moorish Architecture 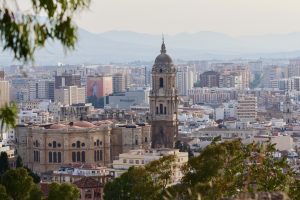 There is so much to do and see in Malaga to keep all of you culture lovers happy for a few days, all of which can be organised and managed by The Spain Event. Directly in the centre, you will encounter Roman and Phoenician remains, which are vestiges of the Moorish heritage of the city, along with stunning contemporary architecture and intricate Baroque churches. The city’s group of museums and art galleries continue to grow as Malaga positions itself as one of the cultural hotspots of Spain.

Soak up some Picasso

Check out some of the earliest work of Pablo Picasso at Museo Picasso Málaga which details the career of the most famous son of Malaga, with work that dates from the mid-century until 1973 when he died. The museum is located inside the Palacio de Buenavista which is only a couple of minutes away from his home on Plaza de la Merced (which is also a museum) where Picasso was born. Usually at least three temporary exhibitions feature the work of Picasso’s contemporaries and there is also a good cafe and shop.

Insider’s tip: Given how popular the museum is, it definitely is worth purchasing tickets prior to visiting. Advance tickets also mean you can whizz through security without having to join the inevitable queue.

Take a guided tour of the Cathedral’s domed rooftops

The construction for the Cathedral started during the 16th century, at the side of the main mosque of Malaga. However, one of its towers was never finished, which resulted in it having a very lop-sided appearance. The blend of Baroque, Renaissance, and Gothic elements are a reflection of its long construction period. Inside, some of the highlights include an Alonso Cano painting, a Pedro de Mena sculpture, two 18th-century organs, and carved choir stalls.

Insider’s tip: The two-hundred step journey to the Cathedral roof provides sweeping views of the city-centre. You can purchase tickets at the Palacio Episcopal. Check opening times before travelling as they vary throughout the year.

At long last, Malaga has a permanent home for its extensive fine art and archaeological collection – and following an expensive refurbishment of its 18th century customs building, it is a very impressive home indeed. This huge museum (the biggest in Andalucia) contains two thousand pieces of archaeology – a 6th century BC Corinthian mask, Roman marble figures, Moorish ceramics, and a broad selection of fine artworks completed by the best artists of Malaga.

Insider’s tip: It isn’t only the exhibitions that you should focus your attention on; look up at its roof where there are 6,000 tiles that are decorated with Malaga’s engravings, and be sure to not miss the sky-high palm trees in the courtyard.

Situated on Mount Gibralfaro – with its strategic placement overlooking both the sea and city – stands the Alcazaba. This beautifully preserved site is an impressive example of the Moorish past of this region. Although its origins are Roman (check out its recycled Classic columns), the Moorish rulers of Malaga had the Alcazaba built during the 11th century and used it as a palace and fortress. There is an archaeological museum as well that exhibits Moorish ceramics and Roman mosaics.

Insider’s tip: If it is too much to walk the steep hill  then go on the lift from the Calle Guillen Sotelo street level entrance, located right behind the Ayuntamiento.

Check Out the Food Scene in the Heart of Malaga

The Mercado Central (major market) is the heart of the food scene in Malaga and definitely a must-see. The 19th century striking wrought-iron building is full of stalls with fish, legs of jamon, vegetables and more. It is an ideal place for lunch; order fresh grilled fish or tapas and enjoy!

Insider’s tip: The majority of people miss this little-known architectural jewel: the 14th century Moorish arch on the southern facade. Formerly the gateway between the port and city, Yusuf I of Granada had it built. He also commissioned Puerta de la Justicia in Alhambra, the other great gateway of Andalucia.