From Picasso to Moorish Architecture, Learn the Best Things You Can See or Do in Malaga 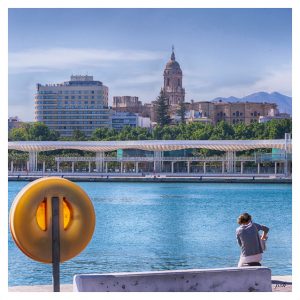 Are you a culture vulture? If so, Malaga has quite a bit that can keep you happy. The very centre will have ruins and remains of both the Romans and Phoenicians, opulent Baroque churches, remarkable contemporary architecture, and even vestiges of the place’s own Moorish heritage. The city has a good group of museums and art galleries, and they’re growing: Malaga is quickly attaining a position as a cultural hotspot in Spain.

The Centre of the City

Museo Picasso Malaga maps out the life and career of the most famous person to come from Malaga. There is work here that dates from as early as the latter 19th century up until when he died in 1973. The museum sits in the Palacio de Buenavista, and it’s only minutes away from the actual house that Picasso happened to be born in, itself a museum on Plaza de la Merced. There are usually three or more temporary exhibitions running at all times that feature work from the contemporaries of Picasso. Visit the shop and cafe for breaks in between these.

Pro Tip: Buy tickets online ahead of your physical visit, given how popular the museum is. Also, the advance tickets can get you through security a lot faster than getting stuck in the inevitable queue.

Enjoy a Guided Tour of the Domed Rooftops of the Cathedral

Cathedral construction started back in the 16th century, right on the site of the main mosque in Malaga. However, one of its towers never got finished, which meant that it wound up with a somewhat lopsided look. The long duration of the construction also meant that elements of the Renaissance, Baroque, and Gothic styles all got incorporated. Highlights include a pair of 18th-century organs, a Pedro de Mena sculpture, an Alonso Cano painting, and carved choir stalls.

Pro Tip: The guided tour of the domed rooftops of the cathedral does mean ascending 200 steps, but you’re rewarded with sweeping views of the centre of the city. The Palacio Episcopal is where to buy tickets, but times are variable depending on the time of year.

Malaga now finally has a good home for its vast treasures of both fine art and archaeology: a customs building dating back to the 18th century has been given a costly refurbishment. This giant museum has thousands of archaeology pieces, including Roman marble figures, Moorish ceramics, and even a Corinthian mask from the sixth-century BC. There are also many works of fine art, involving a lot of the best artists in Malaga.

Pro Tip: The exhibitions certainly deserve your attention, but so does the roof where you can glance up and see thousands of tiles are decorated with various engravings of Malaga. Also, visit the courtyard to enjoy the sky-high palm trees.

The Alcazaba stands perched on Mount Gibralfaro, with a strategic position that overlooks both the sea and the city. This site has been preserved really well, and now it’s a tremendous hallmark representing the Moorish past of the region. It was originally Roman, and you’ll see that in recycled Classic columns, but the Alcazaba was constructed around the 11th century as a palace and fortress by the Moorish rulers of Malaga. Moorish ceramics and Roman mosaics are on display in an archaeological museum.

Pro Tip: There’s a steep climb uphill from town, but you can also take a lift up from a street-level entrance. Find that just behind the Ayuntamiento on Calle Guillen Sotelo.

Don’t miss the soul and centre of the food scene in Malaga, which is the main market of the city, known as Mercado Central. This wrought-iron 19th-century building is a striking structure that is stuffed full of stalls where buyers shop for Jamon (ham) legs, vegetables, and fish. It’s a good place to grab lunch. Many of the stalls have chairs where you can sit and have a bit of tapas or fresh fish that’s grilled to order. Or make your way to the beach for a refreshing dip: check out Seafolly UK for the latest in swimwear.

Pro Tip: Many visitors wind up missing the relatively unknown architectural gem of the market, which is a 14-century Moorish arch at the southern facade. This was once the gateway between the port and the city. It was originally built specifically for Yusuf I of Granada. It was Yusuf who commissioned the other great gateway of Andalucia, that being the Alhambra’s Puerta de la Justicia.